Chateau Unang is located just outside the pretty village of Malemort du Comtat. When James and Joanna King bought Unang in 2001, there were twenty hectares of vines in various parcels up and down the hillside, and in varying degrees of health. Six hectares of poorly sited and/or diseased vines were torn out, and a new cellar was put in. In 2003, James slowly began to replant, and he plans to grow to eighteen hectares of vines, or a little more than forty-four acres. The white varieties grow farthest down the hillside in the coolest zone, while the reds occupy the mid and upper slopes. What James likes in wine is elegance and depth, and his site enables him to make such wines par excellence. These are high-altitude wines of freshness, vigor and minerality. All grapes are hand-harvested at Unang, and James is working toward organic viticulture. 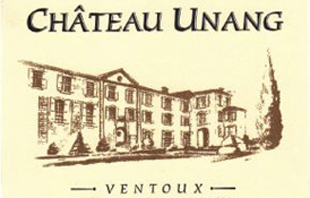 Available in: Maine
Grown: France
Rhone Valley
The Rhone Valley is a key wine-producing region in the south-east of France. The region's wine-producing areas cover such a distance that there is a widely accepted division between its northern and southern parts. This is reflected in geography, grape varieties and the quality and quantity of wines produced. The smaller, quality-driven northern section focuses almost entirely on Syrah for red wines and Viognier, Marsanne and Roussanne for whites. The larger south has a longer list of varieties. The most notable of these are the red varieties Grenache and Mourvedre, which are combined with Syrah produce the ‘GSM’ blend. Prestige is also a key differentiator between the northern and southern area. The north boasts old and highly respected names, such as Hermitage. The south is not lacking in prestige, it has the Chateauneuf-du-Pape appellation.